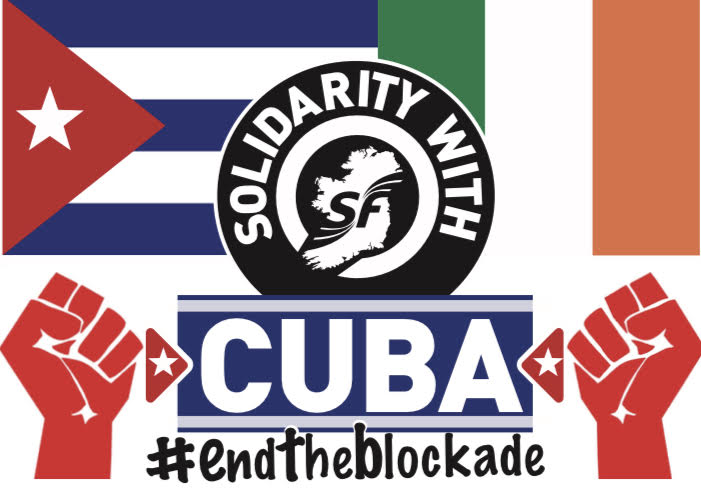 Sinn Féin TD for Cavan-Monaghan, Pauline Tully, spoke today about the endearing significance of the Cuban Revolution, as Sinn Féin activists from across the country prepare for a day of solidarity with the Cuban people, as the 68th Anniversary of the Revolution approaches on Monday 26 July.

“Sinn Féin activists across the island of Ireland will mark the anniversary of the beginning of the Cuban revolution this coming Monday 26 July in a gesture of solidarity with the Cuban people.

“Our party has had a long fraternal relationship with the Cuban people and continues to support their right to self-determination, an end to foreign intervention and demands the US lift their illegal trade blockade.

“The revolutionary process on the Caribbean Island has delivered massive social and economic transformations in Cuban society. Its role in pioneering world class health care and educational provision for its own citizens has been inspirational.

“The legacy of the Revolutionaries of the Sierra Maestra remains to be seen in the areas of social progress that have been established, and include free access to education, which has led to universal literacy in Cuba. Free access to health care, access to safe drinking water and public sanitation. Today Cuba has a higher life expectancy than the United States, and many European states.

“Over 95% the over 3.5million Cuban workers are members of trade unions.

“The commitment of Cuba to international solidarity, and in particular, by providing practical assistance to other developing countries is unparalleled.

“At the height of the onslaught of Covid-19, when harrowing pictures from across Europe brought real fear for the future into our homes, the Cuban people were quick to mobilise to come to Europe’s aid.

“Teams of medical staff were airlifted to stand with frontline defenders, many at breaking point in the worst affected areas. The humanitarian instincts of the Cuban people were applauded globally.

“Notwithstanding this, the United States continues to enforce an economic blockade of Cuba which serves no purpose other that to appeal to the base instincts of right-wing Cuban expatriates in Florida and the potential impact on US domestic elections.

“The Cuban people have been forced to deal with the consequences of the economic blockade imposed by the United States government for more than 60 years. They continue to face shortages, particularly of basic medical supplies.

“Sinn Féin remains committed to deepening the practical and political links between Ireland and Cuba, and in continuing to work closely with President Diaz Canel and his government in progressing our shared priorities of international solidarity, peace, equality, and social justice.”