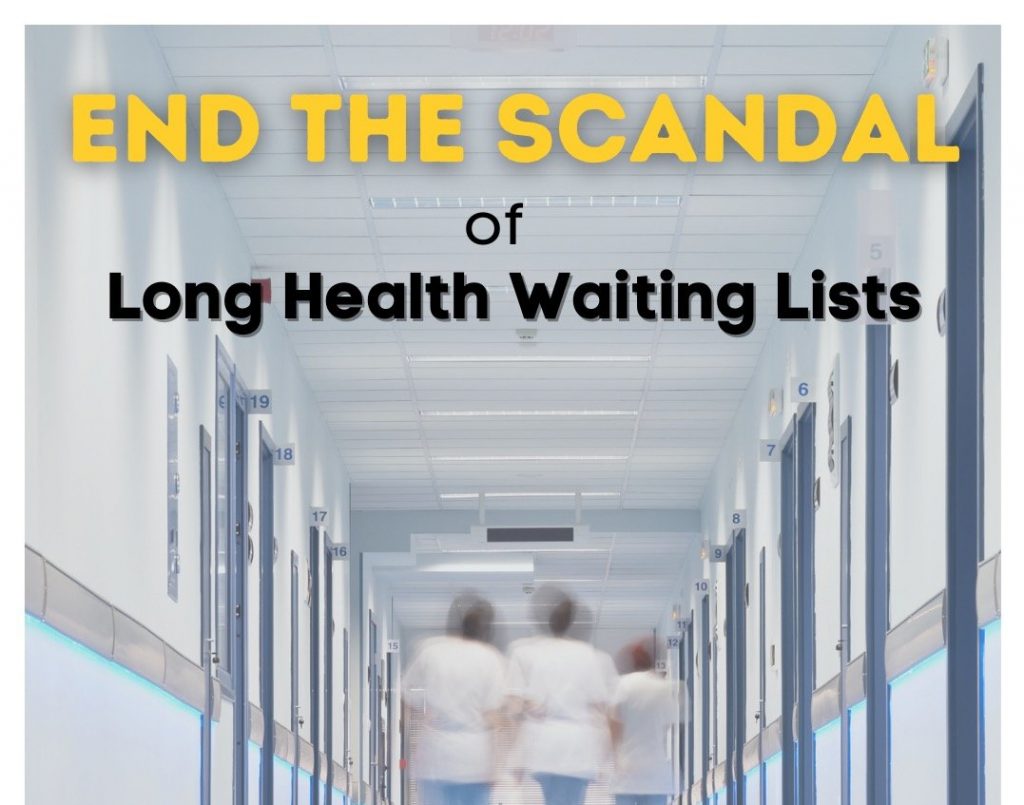 Sinn Féin TD Pauline Tully has urged all TDs in Cavan-Monaghan to back the party’s motion in the Dáil today that seeks to make the health service a better place to work and tackle dangerously long wait times for appointments and procedures.

Teachta Tully urged cross party support for the motion, which will be debated in the Dáil today, amid scandalously long waiting times across Cavan-Monaghan.

There are 1.34 million people on some form of health waiting list across hospitals, diagnostics, and primary and community services across the state, including 7,195 at Cavan General Hospital.

She criticised the Minister for Health’s Waiting List Action Plan as a short-term wish list that will not address the fundamental problems causing long waiting lists.

Teachta Tully called on the Government to give health graduates a job guarantee. She said that major workforce deficits need to be addressed as a matter of urgency, including targeted increases in training places.

“There are now 1.34 million people on waiting lists for community, hospital, and diagnostic services.

“In Cavan General Hospital there are 7,195 people on hospital waiting lists alone. This is totally unacceptable and ordinary people are paying the price for this government’s failure on health.

“Sinn Féin are bringing forward a motion in the Dáil to end the scandal of long health waiting lists. I am urging all TDs in Cavan-Monaghan to back it and ensure this vital issue is finally addressed.

“The issue of long health waiting lists is well known but despite this, the government has failed time and time again to deliver the change needed. We need to see a step change in investment and workforce planning to fix the health service.

“No waiting list plan is credible without a workforce strategy which deals with two-tier pay, excessive hours, unsafe staffing levels, and outstanding agreements which have not been implemented.

“We need to restore trust with the health service workforce and show the new generation of graduates we want to keep them here.

“Sinn Féin would invest in more training places and give health graduates a job guarantee.

“We would also put in place new structures for good management of the health service which can be held to account for waiting lists.

“This Government does not have the appetite or vision to fix our broken health service. Sinn Féin in government would deliver the change needed to secure a health service that works.

“I am urging all TDs to back our motion in the Dáil to ensure that these much-needed changes can be delivered and end the scandal of long health waiting lists.”