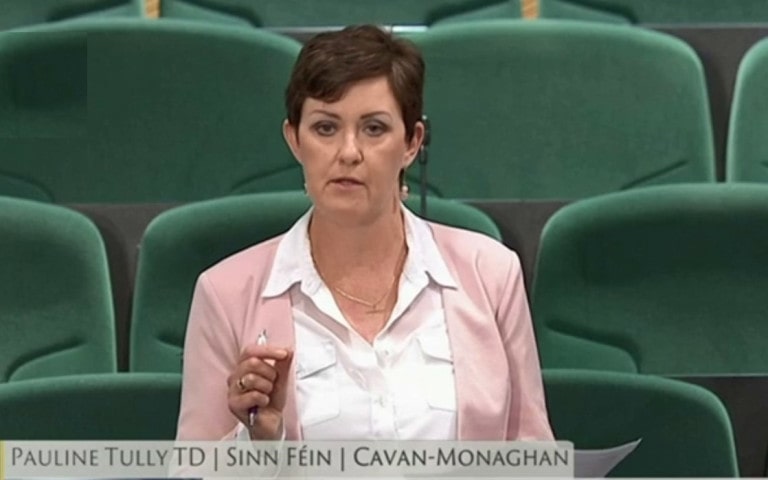 Sinn Féin spokesperson on Disabilities and Carers Pauline Tully has said that the revelations that a database was being kept of children whose families have taken legal measures to ensure they received proper access to services is shocking and requires and immediate independent inquiry.

“Firstly, no family should be required to take the state to court over a proper education.

“Secondly, the state should not be defending these cases in court, spending millions of euros of taxpayer’s money defending the indefensible.

“This waste of money has to stop and instead it should be invested in services and schools to provide assistance to children with additional needs and their families.

“It’s abhorrent that officials from the Department of Education and the Department of Health would compile these dossiers and share this information and none of them would question the fact that it is unethical and possibly unlawful.

“Did individual schools participate in this practice and share confidential information about student’s ability in school?

“However, this practice is in direct contravention of several articles of the UNCRPD. Article 22 in particular states that “State Parties shall protect the privacy of personal, health and rehabilitation information of persons with disabilities on an equal basis with others.”

“Now the government signed up to the UNCRPD three years ago and this practice is in direct contravention with the convention.

“We need clear information on this debacle like, when did this practice begin? How many were involved? Has it stopped? And if so, when? What exactly was the expert senior council commission to review? What was their brief? What questions were asked? Because if you ask a question in a certain way you’ll get the answer you want.

“I don’t believe that a cross-departmental review is enough, there needs to be an independent inquiry into this issue immediately.

“The government has a responsibility to rebuild trust in our state departments, because enough is enough Minister the treatment of people with disabilities as second class citizens has to end.

“It is two years since my colleague Kathleen Funchion TD received overwhelming support for the establishment of an autism committee and I think that’s needed more than ever and I hope that that can be progressed.”