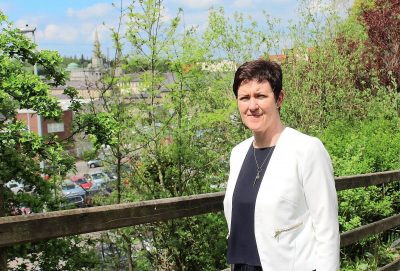 Sinn Féin TD for Cavan-Monaghan, Pauline Tully, has backed calls by the party’s spokesperson on Finance Pearse Doherty TD for the government to introduce a Cost-of-Living Cash Payment to help workers and families with the increasing cost of living.

“For months now, we in Sinn Féin has been warning the government about the increasing cost of living.

“Instead of taking decisive action, the government have put their heads in the sand, ignored warnings from Pearse Doherty, and have allowed rents, childcare costs and energy costs to spiral out of control.

“They just don’t get it. They don’t understand the pressure that workers and families, who need action now, are under.

“The €100 electricity credit per household is better than nothing, but it is simply not enough to meet the challenge that households are facing.

“Pearse Doherty is proposing a package of measures to get money back into people’s pockets now when they need it.

“Pearse Doherty has made constructive and costed proposals to address the Cost-of-Living crisis, and the government should listen.

“This proposed payment – along with our proposal to put a month’s rent back in people’s pockets and axe the Carbon Tax hike due in May – would give hard pressed workers and families the break they so badly need.”

Note: An example of how a couple renting together in Dublin would benefit under Sinn Féin’s proposals is set out below –

Paul and Sarah are a couple renting together in Dublin.