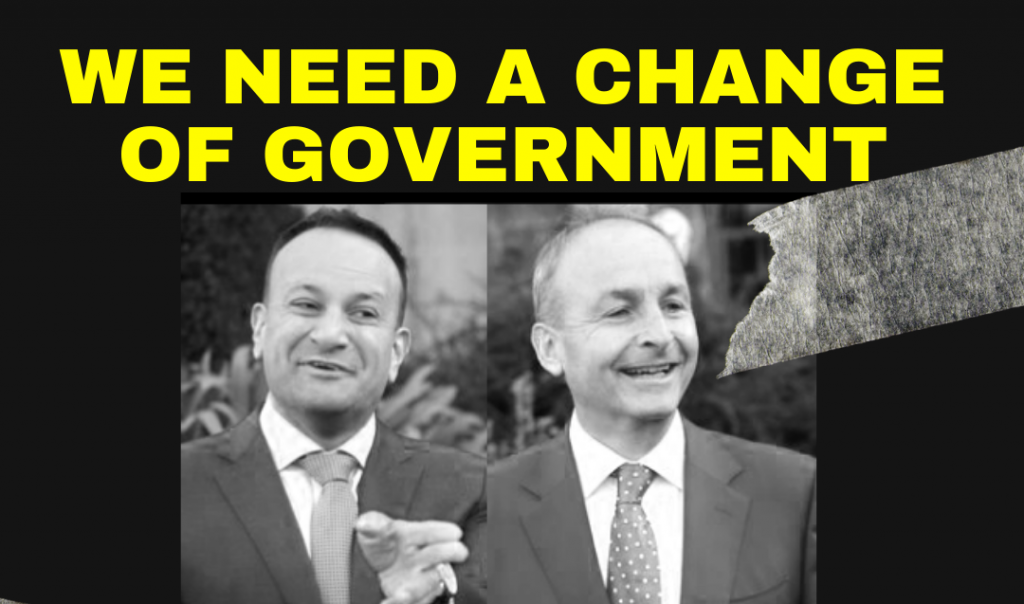 Change of government, not rotation of Taoiseach, needed to deliver change in Cavan-Monaghan – Pauline Tully TD.

Sinn Féin TD for Cavan-Monaghan Pauline Tully has said that rather than a change of Taoiseach, the country needs a change of government.

Speaking this week ahead of the planned rotation of the Taoiseach from Fianna Fáil to Fine Gael, she said real change was needed to tackle the challenges facing people in Cavan-Monaghan.

“Just as they have done for a century, Fianna Fáil and Fine Gael are once again passing power between them. This cosy arrangement has delivered nothing for ordinary people in Cavan-Monaghan in 2½ years. Indeed, it has delivered an even worse housing crisis, health crisis and has failed to invest in local Gardaí.

“We now have record rent prices, record homelessness figures, record health waiting lists and a policing system which has been neglected and under-resourced.  Workers and families in  Cavan-Monaghan are crying out loudly for something different.

“The formation of the Fianna Fáil, Fine Gael, Green Party coalition came despite a ground-breaking General Election in which people voted for real change in record numbers.

“Workers and families are now struggling with the most serious cost of living crisis for 40 years and are enduring a real sense of worry and uncertainty. They need a government that will stand up for them and protect them from spiralling costs.

“We must fix housing and end rip-off rents, build a strong public health service that works for everyone, prioritise education, tackle the out-of-control cost of living, rebuild our public health service and ensure the state moves away from lip-service to taking a lead on climate change in a way that is fair and inclusive.

“Our country is brimming with talent and potential, and it shouldn’t be wasted by a government whose overriding goal is to cling to power at any cost.

“So many people in Cavan-Monaghan and beyond want a change in direction and a fresh start. They should be afforded the respect of choosing that future in an election. It’s time for change.”