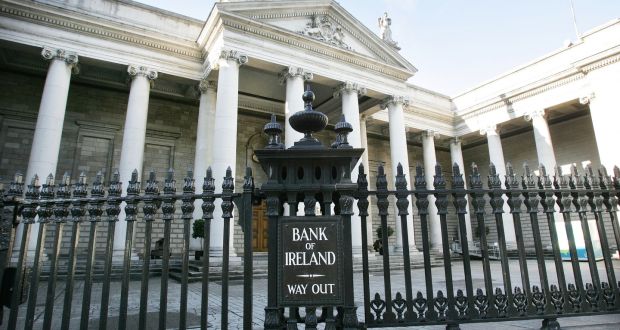 Bank of Ireland branch closures the wrong decision at the worst possible time for customers and staff – Pauline Tully.

Sinn Féin TD for Cavan-Monaghan Pauline Tully has described today’s announcement of branch closures across the island by Bank of Ireland as the wrong decision at the worst possible time, with serious consequences for customers and staff.

“This comes in the teeth of a global pandemic and less than two weeks after Ulster Bank announced its withdrawal from the southern market. “This will now mean that nine bank branches will close across the constituency in Monaghan Town, Castleblaney, Clones, Cavan Town Ballyconnell, Ballyjamesduff, Arva, Cootehill and Kinscourt. This is a massive blow for the staff, the communities and the businesses being served by these branches.

“Bank of Ireland has attempted to justify this announcement based on a fall in branch visits over the past twelve months. This is hardly surprising given the entire population has had its movements significantly restricted in response to a public health emergency.

“In reality, the bank is using Covid-19 for cover, punishing customers for following public health regulations. This is not just a cynical move, but a slap in the face that will hurt customers, staff and communities.

“This knee-jerk reaction will leave vulnerable customers without access to essential services.

“How can Bank of Ireland engage with and prepare these customers for branch closures when public health restrictions are in place? Why was there no consultation and no stakeholder engagement?

“The only conclusion I can draw is that they have no regard for their customers.

“Today’s announcement will further damage communities that have already been economically left behind by government policy over the past decade.

“Research has found that bank branch closures reduce SME lending growth by 63 percent in affected areas, rising to 104 percent when it is the last branch in the area.

“We support the call of the Financial Services Union for a moratorium on branch closures until the end of 2022; once this pandemic has ended.

“I will be writing to the CEO of Bank of Ireland, the Minister for Finance and the Governor of the Central Bank in light of today’s announcement.

“The Minister is a major shareholder in Bank of Ireland, while the Governor is charged with consumer protection. They have a responsibility to do all they can to put the interests of customers and communities first.

“The taxpayer poured €4.7 billion into Bank of Ireland during the financial crisis – the least the Irish people deserve from the bank is respect.

“It is true that banking is changing and that is why Sinn Féin have called on the establishment of a Future of Banking Forum to discuss issues such as banking in a digital age, and how banks can best respond to serve customers and communities that rely on their services.

“Today’s announcement by the Bank of Ireland was not strategic, but a knee-jerk reaction that cannot be justified. They should reverse this decision immediately and commit to a moratorium on branch closures until the Covid-19 pandemic ends.”