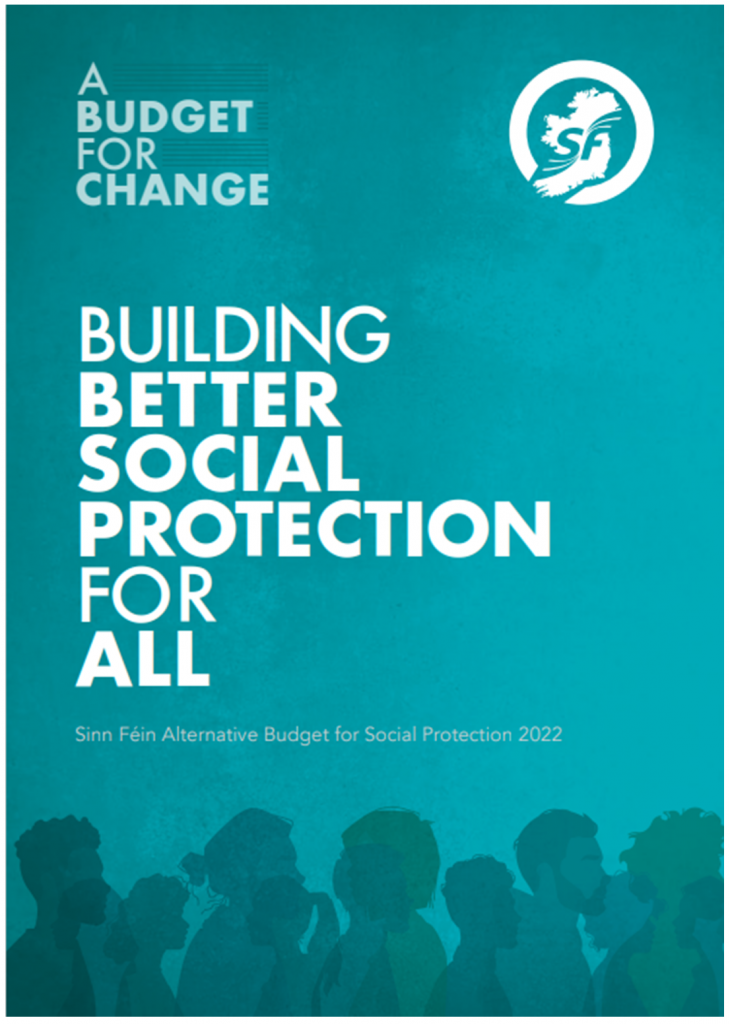 “Over the course of this year, we have seen workers and families struggle. Many of the issues have been exacerbated by Covid-19, but it is clear that the Social Protection system was broken long before the pandemic.

“Many people are facing serious financial challenges, including increased household debt and, as we come into the Winter period, households will come under even more pressure as energy prices soar.

“We need change. We need to build a better Social Protection system for everyone.

“Sinn Féin in government would deliver that change and we would reform our system to put families first and tackling the cost of living crisis. We need this change here in Cavan-Monaghan and across the state.

“Today Sinn Féin are launching a detailed, fully costed, Alternative Budget showing how our Social Protection system could be reformed to create a much fairer society that works for ordinary workers and families.

“Our proposals include a €10 increase across working age social welfare payments. This is a first step to linking all social welfare rates to the Minimum Essential Standard of Living.

“Another key proposal we are outlining today is the right to a state pension at 65; restoring the State Pension (Transition) and increasing State Pension payments by €5 per week. People have worked hard all their lives and should be able to retire at the age of 65, if they choose to do so.

“We are also outlining Sinn Féin’s commitment to recognise Carers by increasing the annual Carer Support Grant to €2,000, increasing income thresholds for Carers Allowance and proposing a Long-term Carers Pension in line with our State Pension measures. This recognises the incredible and vital role which carers have and which is not recognised enough.

“Energy costs are soaring and as we face into the winter, many households here in Cavan-Monaghan are deeply anxious about paying these bills. Our Alternative Budget outlines how we can ensure that people keep warm in their homes by extending the Fuel Allowance season by two weeks, allocating €30m to increase Fuel Energy eligibility, and establishing a discretionary utility debt fund.

“The social welfare system is a vital safety net for those who need it. For far too long, it hasn’t been working due to short-sighted government proposals. Sinn Féin’s Budget is a Budget for change, which would put workers and families first.

“Sinn Féin has the ambition and the proposals to deliver this change and make society fairer for all.”

Sinn Féin’s ‘Building Better Social Protection For All’ is available to view at this link: Building_Better_Social_Protection_For_All_Sinn_Féin_Alternative_Budget_2022.pdf (mcusercontent.com)